I'm passionate about DRM (1,2,3), backdoors (1,2) and similar technological wonders of modern capitalist information economy and especially about the means of getting them right (e.g., using proper crypto for backdoors). I stare in amazement on vendors implementing DRM into digital entertainment (of course), cars, batteries, smart phones, printers, blood glucose meters, tractors, cat-toilets (!) and coffee-makers (!) and wonder what will happen next. My clients noticed my on-line activity on this topic and are hiring me to design impossible-to-misuse backdoors and better-working DRM. For example, after observing the recent hilarious failure of Juicero (1,2), we are working with a high-valued client on a special bag with walls impregnated with Bitrex. When unauthorized squeezing or opening of the bag is detected, Bitrex is released into the mixture, rendering the content inedible.

But this was just to illustrate the state-of-the-art. Recently, a company, let's call it Proplanto, sought help with advancing DRM technology into food supply. Of course all information on this page are made up and do not represent any real-world entities, but beware that sometimes ideas presented in this notepad become way realer that expected.

You can get other views from Intel. 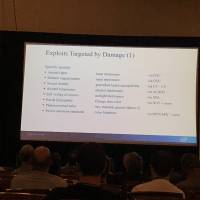 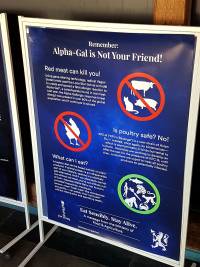 Proplanto is a multi-billion-dollar global enterprise specializing in engineering agriculture products. They started well back in the 20th century with classical breeding and directed evolution, quickly adapted to the advent of genetic engineering in the 1980s and 90s and are now employing the best biologists and engineers worldwide (contrary to information technology, it's difficult to build a biology startup that beats existing market players, so all graduates go to university research or such companies). Thanks to widespread regulations, they have a big network of lobbyists and a de-facto monopoly in many fields (pun not intended). Recently, they have realized that implementing DRM may secure their position on the market, and in turn, government officials realized that DRM may be a great tool for modern informational war and for extorting political pressure (“if there's a group we dislike, we turn off gas, electricity, disable weapons and industry and interfere with their food supply (1, 2, 3)”).

Vendor lock-in is implemented as follows:

As a result, once such seeds are planted, the soil is contaminated and it's impossible to grow anything except compatible crops from this very manufacturer for several years. This fact is of course documented in weasel words under many levels of recursion in the license agreement (the invention of recursive laws by the Czech Ministry of the Interior was a masterpiece!) and a large legal team is currently working on conditions when Proplanto can legally deny to supply the next batch of seeds.

The Remote shutdown “alternative feature”, as we call it, is much more complex. Unsurprisingly, any long-range cell-based electromagnetic reception is impossible with current technology. We are currently unsure which option will be chosen for the final delivery, but “triggering sequence” (similar to a naturally-evolved viroid) seems promising. Simply put, a suicide gene is guarded by a special promoter (and you need to make really, really, really sure that this does not trigger by a random mutation - so obfuscate it with multiple genes for complex splicing, each of them individually fatal for the cell only). Then, you can spray short sequences (a technology incidentally being developed right now) and it will trigger it. As it seems to be difficult to reliably deploy such spray to the entire field with only clandestine means available, the suicide gene not only destroys the plant, but first replicates the triggering sequence a few times (this is also the reason why you need to be really careful to not trigger it by accident (though as you can observe, there were several companies with runaway DRM and backdoors and it did not really matter :))). By knowing the rate of decay of various RNA sequences in the nature, one can tune the locality of this mass suicide.