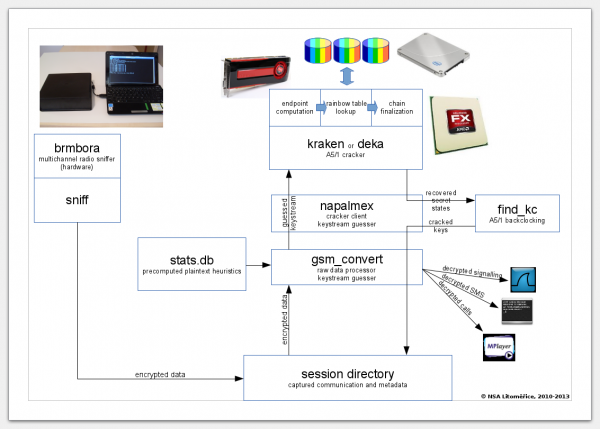 gsmtk is a fork of brmlab gsm toolkit. TL;DR brmlab GSM toolkit wants to support lots of great features, but it has serious bugs and no documentation at all.

The first feature is supported in brmlab GSM toolkit, however, several frames are lost at the beginning of each communication. This may impair the ability to guess keystream in the encrypted part, e.g. because the System Information message is lost. This may be fixed by pre-synchronization of the slave phones to the BTS.

The second feature is implemented in brmlab GSM toolkit, but it stopped working and I don't know why (didn't invested more than a hour in debugging, though). It should be used with the sendfifo program.

gsmtk does not have any automating scripts for sniffing with multiple phones. brmlab GSM toolkit has two of them - gsm_start_sniff.sh and gsm_spawn_master_slave.sh. I do not know how the first one should work and I have written the latter in 2012 and no documentation exists, so I cannot help you with it as I have no more information than you have.

I have written an A5/1 cracker that will help you to recover keys for data you have sniffed.

The README file should contain everything you need.